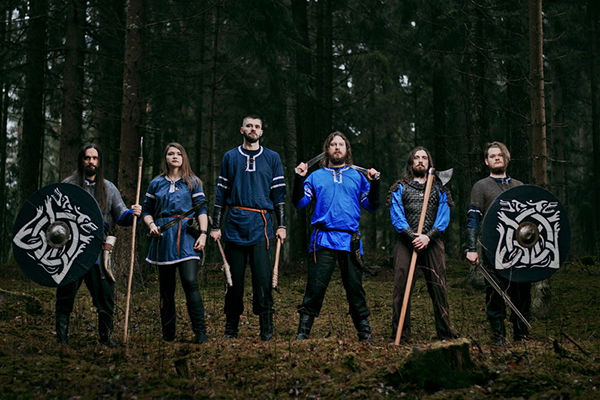 Joining the ranks at Sliptrick Records:

The group was founded in 2014 by Max “Wolf” Popovs and Artems “Khurr” Kuricins and since then Varang Nord have released three studio albums: Fire Of The North (2014), Master Of The Forest (2015), Call Of Battle (2017), official music videos and played a lot of shows across the Baltic States, Germany, France, Spain, Belarus and Russia. Their crowning achievement thus far was winning the Wacken Metal Battle in 2019.

For 2021, Varang Nord plans to release a fourth studio album, Pārķiuņa Uomurs, worldwide via Sliptrick Records, to play a great bunch of live shows to support the record, to take a part in the Heathen Heroes European Tour with such a bands TYR and Arkona and participate at the legendary Wacken Open Air. For all this and much, much more, join Varang Nord on their journey.