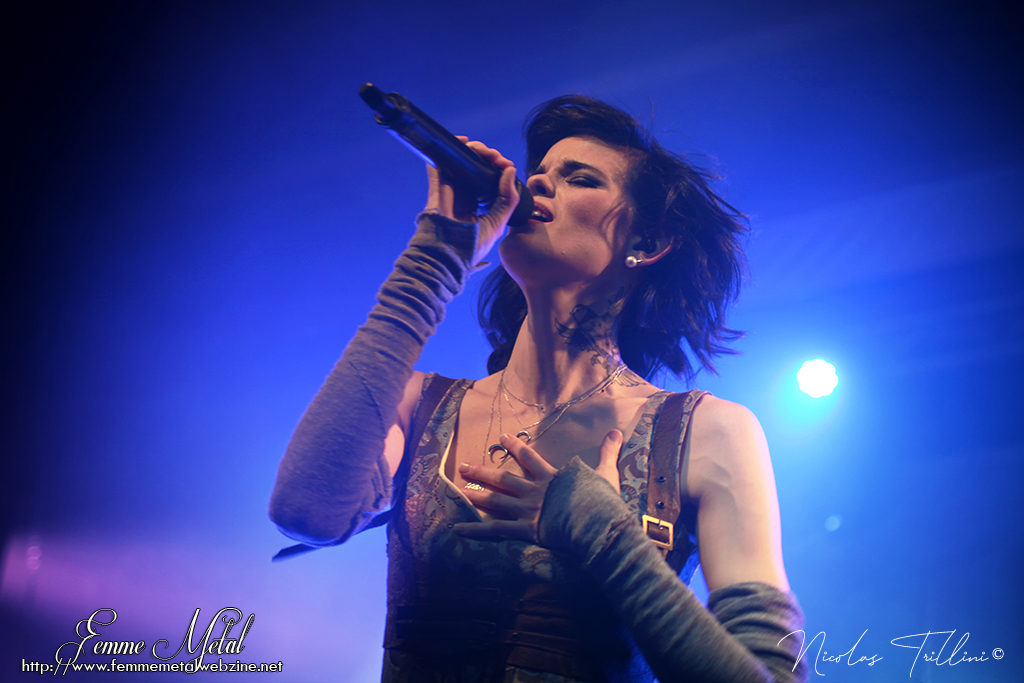 Symphonic Metal marvels VISIONS OF ATLANTIS have just released a bittersweet, bewitching acoustic version of their single “Nothing Lasts Forever“, along with a beautifully conceptualized music video.

This stunning new offering is a “Thank you” from VISIONS OF ATLANTIS to their fans for the massive support in response to their recent GoFundMe campaign, as well as all of the warm regards and additional encouragement  received after they’d been forced to interrupt their US tour.

Although they are spread out over different countries, the symphonic quintet has united their powerful musical expertise to record this sonorous
acoustic piece. The exclusive version of “Nothing Lasts Forever” shortens the time until their fans can see them live on stage again and symbolizes the bond with their fans.

VISIONS OF ATLANTIS once more prove their passion for emotional and powerful performances, highlighted by the vigor of spectacular vocal duets between Clémentine Delauney and Michele Guaitoli. The acoustic version of “Nothing Lasts Forever” will be a part of the #NapalmSofaSeries and takes you on their everlasting journey through the untamed seas once again!

VISIONS OF ATLANTIS states:
“Nothing lasts forever, just like quarantine, we will see each other again soon. THANK YOU for your solidarity and support, this is from the bottom of our hearts.“

Get into the VISIONS OF ATLANTIS vibe and watch the acoustic version of “Nothing Lasts Forever” HERE: