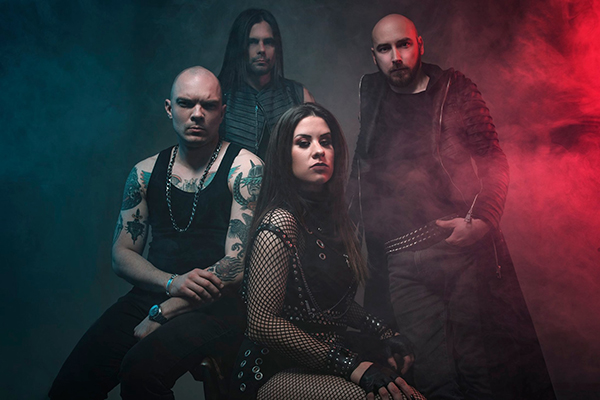 Void Inn is an alternative/heavy metal band formed in late 2010. in Los Angeles, CA. Formed by members Jelena Vujanovic (vocals) and Sinisa Pejovic (guitar), who had at that time completed their studies at the prestigious Musicians Institute in Hollywood.

The band’s sound is powered by fierce riffs (Ala Black Sabbath), odd meters, virtuoso guitar parts and a large range of unique vocal tones and a wide range of colors.

At the end of 2011 the band moved to Belgrade where they continue to work in addition to a large number of shows across Serbia and region.

In March 2019 the band had a huge privilege to share a stage with legendary Megadeth bass player David Ellefson in Dusseldorf, Germany.

Band is currently working on the second Cd “End this Game” which is due to be released in October ’20.