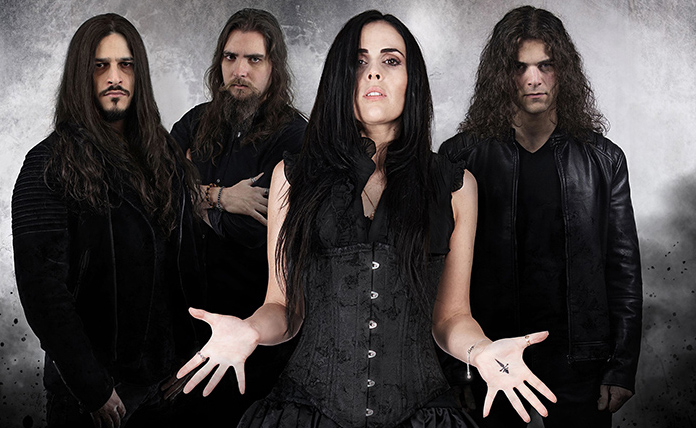 Volturian – the modern metal band founded by singer Federica Lanna and songwriter Federico Mondelli (Frozen Crown) – has released the official video for the song ‘In a Heartbeat‘, the new single taken from the debut-album ‘Crimson’, available on Scarlet Records.

‘In a Heartbeat‘ is the fifth single from ‘Crimson‘. With this song the Italian band further consolidates its synergy with Frozen Crown (the mother group of songwriter Federico Mondelli), thanks to the contribution of singer Giada Etro.

Volturian frontwoman herself, Federica Lanna, will also appear as a special guest on ‘Winterbane‘, the third, upcoming Frozen Crown album.

Recorded, mixed and mastered by Andrea Fusini at Fusix Studio, ‘Crimson’ is also graced by the stunning artwork created by Federico Mondelli himself.