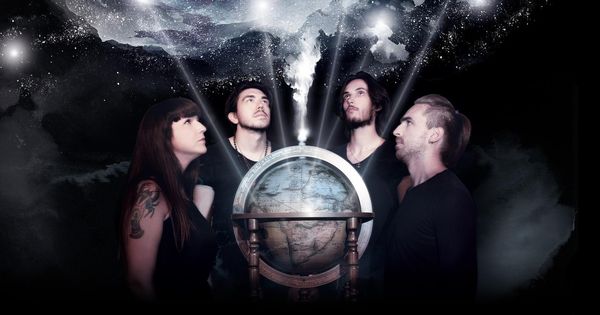 A few days after the official release of its debut EP, French intergalactic stoner-rock band YOJIMBOshared the full effort for FREE STREAMING on YouTube thanks to the courtesy of the MrDoom666 Channel.

The EP is still available on CD & Digital on Bandcamp and all streaming services (Apple Music, Spotify, Deezer, etc.).

YOJIMBO let out its first cry in spring 2019. With drums sometimes frantic other times in step, a feminine voice wild and heavenly at the same time, and three heavy and fuzzy guitars: the tone is given.

Its influences go between the catchy licks of Stoner Rock, riffs invoked by Doom and the spatial ambiances at the border of Post-Rock.

On Spring 2022, the band released its debut and self-titled EP.
For fans of Acid King, SLIFT, Truckfighters, Windhand…