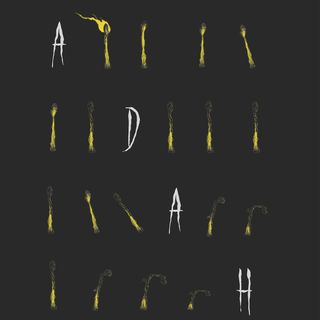 In 2013 a new band called A Deer A Horse looked to their fans and used Kickstarter as a rallying point to help fund their first EP. Some years, and a few more releases, later I am listening to the band’s new EP and looking to see what the band are doing on the internet nowadays. Their initial work has been successful enough to sustain them this long, so I am curious as to what keeps them motivated and what keeps the fans listening. They have a good sound. There is a distinctly Rage Against the Machine toward punk mood to their music. Since the band is a threesome – Angela Phillips (bass, vocals), Rebecca Satellite (vocals, guitar), Dylan Teggart (drums) – they also have the stripped bare but keep everything interesting musical approach typical of small groups. Think of The White Stripes if you wish to imagine something. “Cold Shoulder” has a music video. Given the album title, the band is okay with appearances being representative of the content. In this case, the video shines true, watch it and you will get an immediate impression for what you get when you get A Deer A Horse.

The band does have an emotional sound, probably a temporarily cathartic experience when hearing them live. A deeper check reveals reflective lyrical content to the in your face sound. “Double Wide” deals with suicide. “Otherside” takes on the crazy world in which we find ourselves, in particular, current US immigration policies. As I am looking through the band’s online presence one post speaks to me – “This song grapples with the current political climate, our country’s moral compass, and concepts of fate and justice.” It is a good summary of what the album represents. The hope is for all of us to meet with appropriate justice. But the album is an emotional response to what is happening around us, despite us. Listening to the songs is a good way to relieve the pressure for a short while, though after they are done it is difficult to sustain the hope that what is rotten will rot.