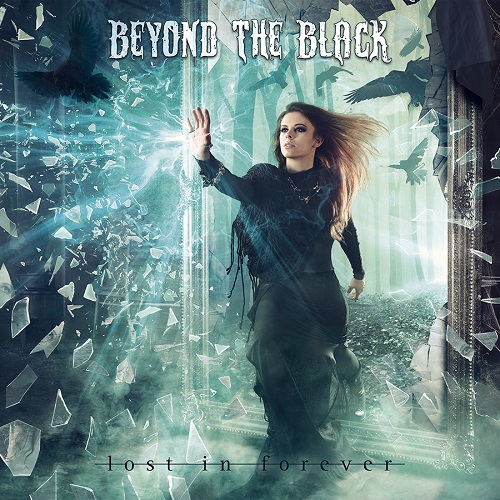 Beyond the Black is a female fronted, symphonic/power metal band from Germany. The band formed in Mannheim in 2014 and released their debut album, ”Songs of Love and Death” in 2015. BTB released their follow-up (and latest album) “Lost in Forever” a few months back, and although it has been out for quite a while, I am glad that we are getting around to giving it a listen and some love, because Beyond the Black is absolutely a band that deserves some attention. As they say, better late than never. I was blown away by Beyond the Black and I can’t find anything negative to say about “Lost in Forever”. I really do love every aspect of this record. From the musicianship to the songwriting to the glorious vocals of Jennifer Haben, “Lost in Forever” is the total package. The album was produced by the legendary Sascha Paeth, so you know it is going to be a high-quality sounding recording. “Lost in Forever” gets things off to a galloping, soaring start. This is a great opener, in my opinion. The moody, atmospheric “Beautiful Lies” is next. This quickly became my favorite song, thanks to the tempo changes and heart-felt feel of the song. Songs like ”Written in Blood”, “Against the World”, “Beyond the Mirror”, ”Halo of the Dark”, “Shine and Shade” and “Loves a Burden” are sure to become instant favorites. The band excels at incorporating rich vocal melodies to go along with their brand of symphonic power metal. In addition to some the great music contained within “Lost in Forever”, Beyond the Black have also released another version with four additional songs. My favorite of the four was the moody “The Other Side”. The ultra-melodic “Dim the Spotlight” is a beautiful song with an 80s feel to it. The remaining songs are excellent as well, ”Our Little Time” and “Rage Before the Storm” fit right in with the rest of the album. It was recently announced that there has been a shake up in the ranks of Beyond the Black with lead vocalist Jennifer Haben being the last remaining member of their previous line-up. Whatever the future holds for Beyond the Black, one thing is certain,“Lost in Forever” is a powerful record and a treat for fans of symphonic power metal. Great stuff!