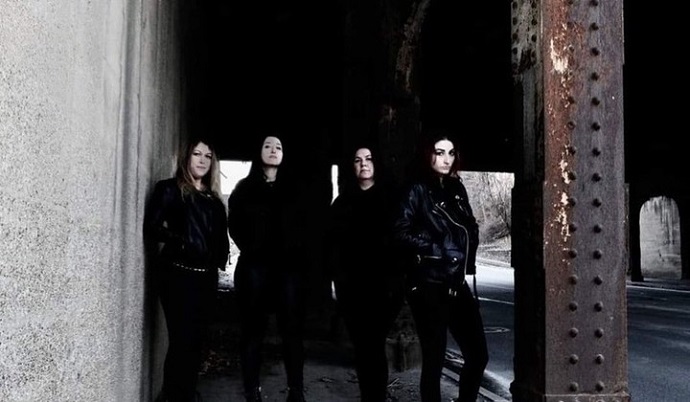 Awarded the 2014 Nobel Peace prize, shot in the head during an assassination attempt in 2012, activist for a child’s right to education, Malala Yousafzai, addressed the United Nations Youth Assembly on 12 July 2013 and spoke these words:

With this extract so begins Castrator‘s debut album, “Defiled In Oblivion”. The opening song following the words from Malala Yousafzai is named “Dawa Of Yousafzai” and has a lyric video. Death metal fans will be familiar with the approach from album cover art to guttural vocals, the non-stop intensity of hardcore backing, and brutal lyrics. Castrator deliver to their audience exactly this lethal mix with the expertise of a seasoned group.

The first track released from the album was “Tyrant’s Verdict” – watch the music video and you see the band members in full attack mode. Everything here is distinct – the bass (my favorite instrument on this album to guide my passage), guitars, drums all speak their own voice. In my rating system the album falls within the range of great to legendary. Of course, there is a pre-requisite for a listener to appreciate the band. A listener should be receptive to the art and passion which can be contained within the horrific. Which brings me to a statement about Castrator.

When I first started listening to the album and read a couple of interviews, I wondered whether it matters what some guy rates an album with the in-your-face ethos Castrator establishes just with the band name and then there are a few statements from band members to wipe away doubts.  However, it is not unusual for the genre to produce bands with names like Dying Fetus, Cock and Ball Torture, or Vulvectomy. This is a band who also cover the Venom song “Countess Bathory” with the last album track – to me it all adds up to a group who love death metal and who have an awesome album with “Defiled In Oblivion”. So, it gets a rating, music transcends.