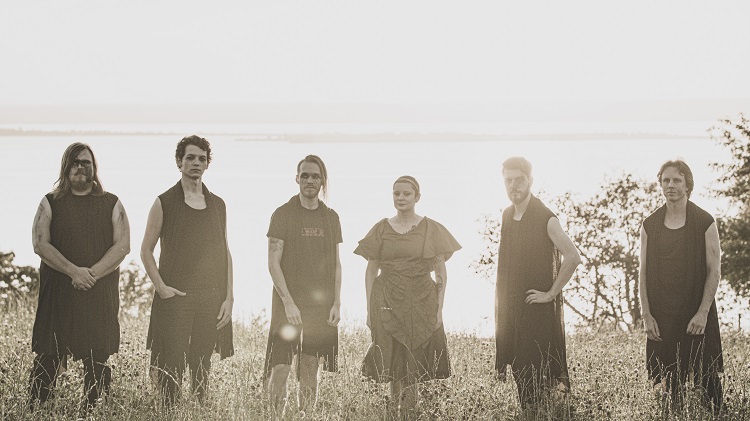 From Linkoping, Sweden, symphonic metal band Emetropia was formed in 2017. The band has already released an EP in 2018 called “Procession of the Kings.” Consequently, it has taken 4-years, but they have finally unleashed their debut full-length album, “Equinox.” “Seasonal Warfare” kicks things off with its rich, lavish choirs and orchestration. This opening track is one of four that originally appeared on their previous EP and were re-recorded for “Equinox.”

The music is epic and majestic. In conjunction with lyrics, it is fraught with storytelling. For instance, “A Summer’s Breeze” originally is from the EP. Indeed, it keeps the record moving readily. Emetropia musically will spark comparisons to early Nightwish and Epica.

On some occasions, the lead vocalist Lisa Wallenberg reminds me of Simone Simons. Lastly, the 11-minute epic “His Final Endeavor” draws the album to a closing. It proves Emetropia can write an epic-style song without making it boring. This song is a full-immersive musical journey. It’s a fantastic track and a great way to bring “Equinox” to a closing.

In conclusion, “Equinox” is a real tour de force of a debut. Overall, the music is progressive and classy, and very professional sounding. And, Emetropia has a lot going on here to be excited about. Indeed, “Equinox” left me wanting more and anxious to see how the band evolves in the future. The fans of early Nightwish, Epica, and Visions of Atlantis would do well to give this band a listen.