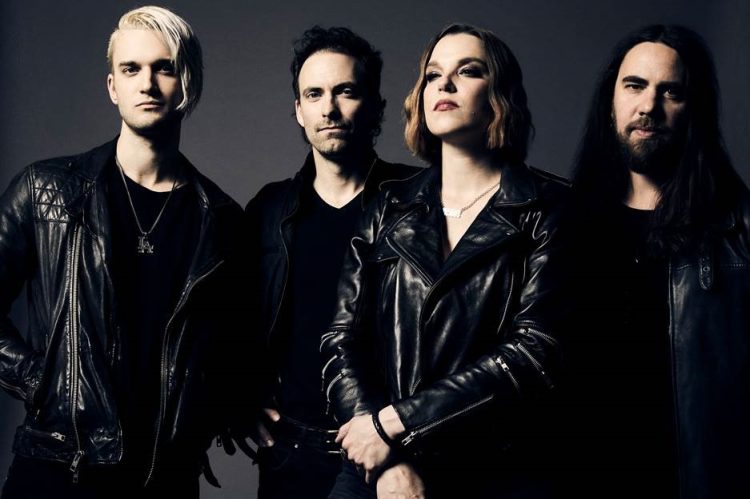 4-years after their previous album “Vicious”, Halestorm returns with their 5th album, “Back from the Dead” and they are back with a vengeance. The last few years have done nothing to silence Lzzy Hale and the boys, they’ve lots to say and we’re here for it.

The opening track “Back from the Dead” is just an adrenaline-fueled rocker that just screams “we’re back!”. The band rips through 11-songs and 37-minutes of music that is welcomed by their loyal fan base.

And Halestorm does not disappoint, this is what you would come to expect from the band and that is a great thing. “Wicked Ways” turns it up a notch and is another aggressive track, we’re two for two.

Lzzy Hale’s lyrics are always inspiring, empowering, and relatable – those things will never change, she’s got a lot to say, and she doesn’t mind getting in your face to say it.  “Strange Girl” is freakin’ phenomenal and is an instant classic, with Lzzy at her straightforward best. The band marches onward with the tracks “Brightside”, “The Steeple” (which the band has made a video for), this is a song about togetherness and the power of rock and metal.

The ballad “Terrible Things” offers the listener a chance to catch their breath. Even though this is a ballad, lyrically it is one of the heaviest songs on the record. After that brief sonic respite “My Redemption” kicks things back into high gear, with Lzzy screaming her lungs out over an infectious guitar riff. The bombastic heaviness of “Bombshell” is next followed by melodic hard rock of “I Come First”.

“Psycho Crazy” is next and is so f’n cool and one of my favorite tracks, “if you want crazy, I’ll give you Psycho”, belts Lzzy and you believe her. The piano led ballad “Raise Your Horns” brings the record to a subdued conclusion, but it is a great way to end the album.

With “Back from the Dead”, Halestorm remains one of the fiercest bands on the planet. With the world becoming an increasingly scary place, Halestorm continues to be a force for good and positivity, they don’t just walk the walk, but they also talk the talk. When it comes to musicians creating a bond and safe place with their music, Halestorm is one of the best.