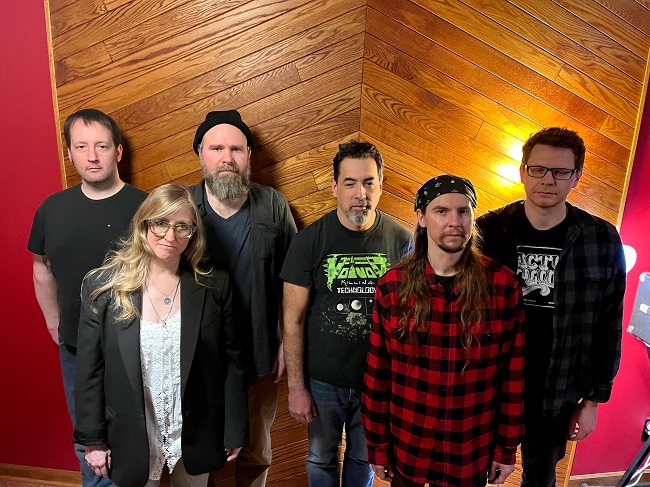 Lost Tribes of the Moon

From Milwaukee, Wisconsin, Lost Tribes of the Moon were formed in 2015 by guitarist Jon Liedtke. The band released their self-titled debut in 2018 and after a few line-up changes (LTOTM introduces a new vocalist and bass player) the band returns with their sophomore effort, “Chapter II: Tales of Strife, Destiny and Despair”.

Musically, it’s hard to find any one category Lost Tribes of the Moon fits into; I would describe their sound as Doom Metal meets Prog Metal with elements of classic metal and NWOBHM present in their sound as well.

Among the 8-songs and over 70-minutes’ worth of material available on “Chapter II…”, the band includes several long, intricate numbers (2-songs are over 20-minutes(!)), with many complex tempo changes, with each song being a lyrical and musical journey for the listener.

Lyrically, the band draws inspiration from the works of Stephen King and Clive Barker as well as themes like demonology and mythology. “Chapter II…” itself is 8-songs divided into chapters like a book – there is a lot going on here.

After the minute-and-a-half intro, “Midian Rising”, LTOTM leaps into the 8-minute “Unleash the Berserkers”. This song is quite the musical expedition. The Iron Maiden-like opening riff and solos make this track a metal juggernaut.  Next is the 21-minute “A Chapter From the Book of Blood”. The opening music and vocals are dream-like before the song settles in a doomy groove throughout most of the song as the track gets heavier and heavier as it moves along.  The guitar solos are cool and the overall vide is just hypnotic and doomy.

The 23-minute epic “The Drawing of the Three – The Tale of Enepsigos” is the final song and is divided into three parts and retains the listeners interest throughout the track.  This is a cool way to bring the album and journey to a close.

Even though “Chapter II…” (album link) is only their second album, Lost Tribes of the Moon delivers an epic and ambitious piece of work that touts the musicianship and spirit of the band.