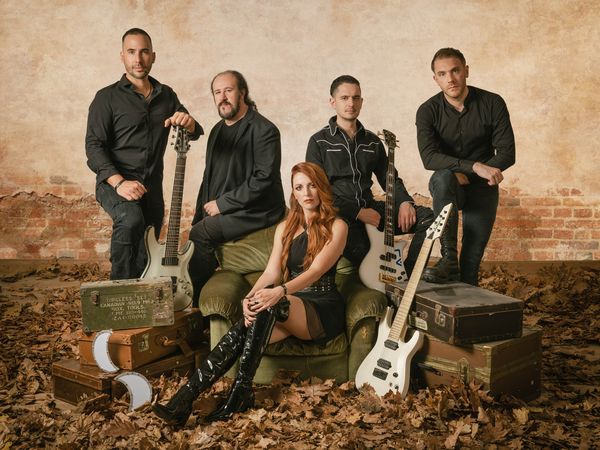 Italian symphonic metal band Moonlight Haze will release their third album “Animus” on March 18th via Scarlet Records. As per tradition, the album was mixed and mastered by Simone Mularoni at Domination Studio in San Marino. The album title “Animus” is a Latin word that can represent vital force, conscience, soul, mind, and courage. And, it is precisely what the full-length conveys with the 11 songs present in it.

The album opens with the catchy “The Nothing”. In which the contrast between the part sung by the choir and that sung by Chiara is quite enjoyable. With some more pop-ish nuances follows the third promo single “It’s Insane”. Then, it’s time for “Kintsugi”, a song with an incredible intro in which the singer’s opera voice is perfectly emphasized, whose lyrics are meaningful.

Indeed, “Animus” was the first self-titled single to be released. With its modern sound, it manages to captures instantly the listener. And, surprise them with the singing skills of Chiara. She demonstrates her ability to sing also in a growl. The album continues with the highlights of this release: “The Thief and the Moon” and “Midnight Haze”.

Both tracks feature a distinctive keyboard intro, powerful chorus, and a thrilling guitar solo. While “Tonight” and “Never Say Never” are good tracks, the second single “We’ll Be Free” is an energetic song whose bursting guitar lines are a vivid symbol of normalcy to life. “A Ritual of Fire” recalls Sonata Arctica‘s early works with its power metal overtones. The album ends with “Horror and Thunder”. The duet between male and female vocals and the guitar and bass solos bring this track to the next level.

“Animus” is an easy-to-listen album with impeccable production. Especially, each instrument perfectly bonds with the voice of the talented Chiara Tricarico.

Indeed, is the result of the last two years of the pandemic. Where blood, sweetness, and pain, Moonlight Haze created one of the best works. In this case, both on a musical and lyrical level. With “Animus”, the band is impatient to spread its message of vitality and rebirth. The band proves to have grown over the years and to know how to amaze the listener. This is an album especially suited to fans of Epica, Nightwish, and Sonata Arctica.