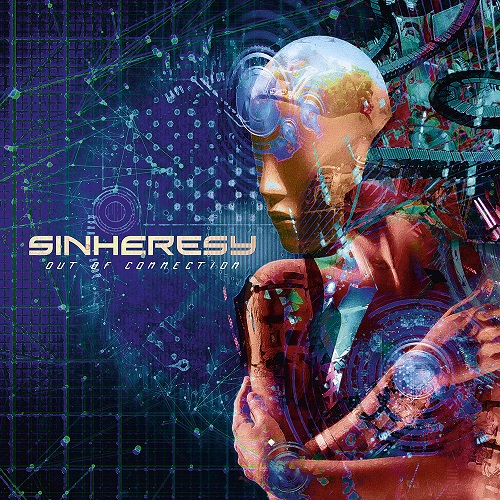 “Out of Connection” is the third album from the Italian male/female fronted Modern, Melodic Metal band, SinHeresY. The band has been at it for several years and have sort of flown under-the-radar since their inception. They have always done good albums, but now, with the release of “Out of Connection” the band have really outdone themselves.

From the opening track, “What Makes Us Human”, it becomes apparent that the lead vocalists Cecilia Petrini and Stefano Sain have great chemistry together and form an impactful duo throughout the album. Next up is – for me – the album’s highlight, “Out of Connection”. This such a ridiculously infectious number that immediately had me bobbing my head and tapping my foot. This is such a great track and one that was rightfully chosen as the first video. The tempo is ramped up for the next track “Zero One”. Again, the band showcases their penchant for writing powerful, yet melodic and memorable songs. Musically and vocally SinHeresY shows a hint of Lacuna Coil and Amaranthe.

The songs are catchy and musically the band infuses an electronic edge in conjunction with the metal. The next track “Facts, Words, Sand, Stone” has a big Lacuna Coil influence to it, in my opinion. The remaining songs are delivered with rapid fire precision, before the 7-minute “The Circle” brings the album to a satisfying conclusion. So, for all the years that SinHeresY has been performing their art, it has all led to this: their best album to date. Hopefully this is the one where the metal masses finally sit up and take notice. They deserve it.