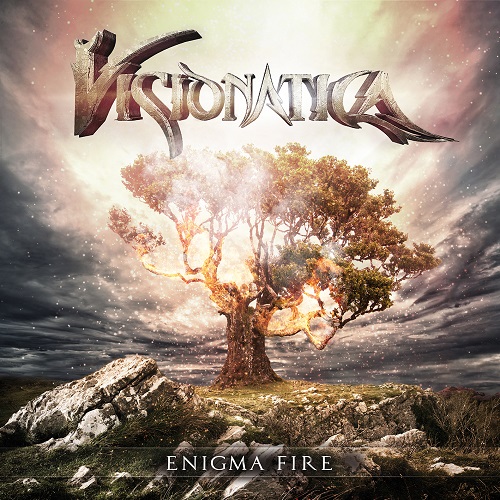 Hailing from Germany, Visionatica plays a very high quality of symphonic power metal. The band got their start in 2013 and released their debut “Force of Luna” in 2016. Since then the band has signed to the super label, Frontiers and have returned with their sophomore effort, entitled, “Enigma Fire”.

In all honesty, I had only heard Visionatica’s debut “Force of Luna” in passing. I don’t remember being overly blown away by it, but “Enigma Fire” just blew me away from the opening intro “Amari Sudbina Kali” and into the first track. After such a tremendous opening, I was hooked, and I could not wait to see what was next. I was amazed at the pure professionalism and the sheer impact of the songs. I was also quite impressed with the musicianship and the powerful vocals of Tamara Amedov. The band’s talent and emotion really shine through on the songs: “Fear”, “Roxana the Great”, “To the Fallen Roma” and “Rise from the Ashes”, among others.

“Enigma Fire” is such a good record and a huge kudos should go out to Frontiers for seeing the promise that holds. Fans of Epica and Delain would be well advised to give this band a listen. You won’t regret it.