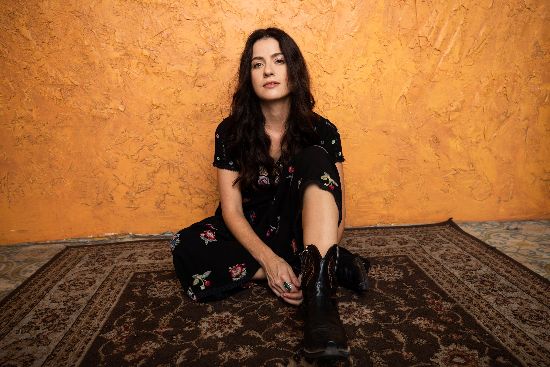 “Alicia Blue is a folk musician and listening to her songs feels like being invited into her intimate diary, a world full of dreams and secrets.”  – Atwood Magazine –  2021 Artists to Watch

“Blessed with a rich, resonant voice, Alicia Blue invests every phrase of her songs with gutsy attitude.”
– Music Connection

” … mystical and chill-inducing…. Raconteur and chanteuse of the people, Alicia Blue invents her own line of folk with every release.” – Grimy Goods

“Sometimes when you’re pressed so thin, crushed so flat that there’s no ‘You’ left, you can’t speak of the trauma,” explains Los Angeles-based indie artist Alicia Blueabout the heavy subject matter of her new single “Blackbird,” which is released today (buy/strream). “The unfathomable pain, too big, too vast to allocate energy towards, because your number one focus is, of course, to survive. To give an ounce of energy to this pain would surely annihilate you. An obstacle course race to the finish line; one misstep and you’re out.”

While the themes may be weighty, “Blackbird” is airy, poetic and immediately engaging.  Recalling the interwoven texture of Hozier with Taylor Swift’s impeccable ear for melody on her newest releases, Alicia tackles the complicated nature without anchoring the music, creating a track that easily validates Atwood Magazine’s choice as one 2021’s Artists To Watch which says, “she will make 2021 the year everyone falls deeply in love with folk music.”

Like all folk music, Alicia has a story to tell about “Blackbird” that combines the Japanese internment camps, the current BLM uprising, and the struggles of her own Mexican heritage, which she and her friends discussed at a bar outside of Joshua Tree National Park. “My friends descend from Japanese blood to various degrees, and we began discussing the camps,” she explains. Relating it to her own Mexican lineage, “coming from poverty, some coming from poverty of the mind, existing as second class citizens, ‘Blackbird’ is for them, and for humanity at large, that missed out on health of spirit, health of mind, and freedom to express their truth, particularly their emotional truth, shamed and buried so that the body could survive, leaving a life of distortions, of silence.”

The accompanying video directed by Zoe Sher, which was filmed at the break of dawn in the Highland Park section of Los Angeles, is a breezy video, capturing Alicia traipsing through the streets before the city wakes up to its standard bustle of traffic. “The video was shot on York Blvd, in Highland Park,” she recalls. “I’d been living on York for some time, and it’s been the essence of ‘home’ for me in LA. We woke up at 4:30 AM to be ready and shooting by 6AM. We wrapped by 9:30. That was a rush.”

The video premieres on Buzz Bands LA who says, “Alicia Blue is blessed with a gift for words that was shaped by her first passion, poetry, and a sky-blue voice to sing them… Blue returns today with the buoyant single ‘Blackbird’ and a video that’s every bit the ray of sunshine the song is.”

Meandering through the streets, she had to dodge traffic which is hinted at by her occasional glance behind to make sure cars weren’t at her back. “Absolutely a real danger,” she laughs about the experience. “We guerilla-styled it and just showed up at 5:45 and blocked out the movement. By the time 8 AM rolled around I was dodging cars. Some people cheered us on, and that was fun. Like, who the fuck is happy that LA kids are blocking traffic to do their art? But they WERE. And that was validating.”

Inspired by the likes of Joni Mitchell, Leonard Cohen, Bob Dylan and Neil Young, Alicia discovered the path to creating her own singular and modern sound, always using words and poetry as her driving force. Releasing her first EP in 2019, fate fell immediately for her with Starbucks asking for her song “Magma” to be featured in stores worldwide via their Starbucks Acoustic playlist on Spotify. Garnering immediate attention as a songwriter and singer, Alicia quickly became a pivotal figure on the LA songwriting circuit. She’s been featured in publications including Billboard and Atwood Magazine, as well as LA’s legendary KCRW.  Alicia Blue’s first full-length album Bravebird was released April 2020 in the middle of a global pandemic, securing spots on Spotify’s influential Fresh Finds Pop and Fresh Finds Rock playlists and garnering a whole new round of buzz and attention. In January 2021, she was featured at the top of Atwood Magazine’s “2021 Artists to Watch.”

Hinting at new music to come in 2021 including collaborations with Lincoln Parish (Cage the Elephant), Sadler Vaden (Jason Isbell & the 400 Unit) and more, Alicia Blue is poised for a breakout this year.  If “Blackbird” is any indication, it’s pretty much guaranteed.

“Blackbird” is release today via Magma Records and can be purchased/streamed here.