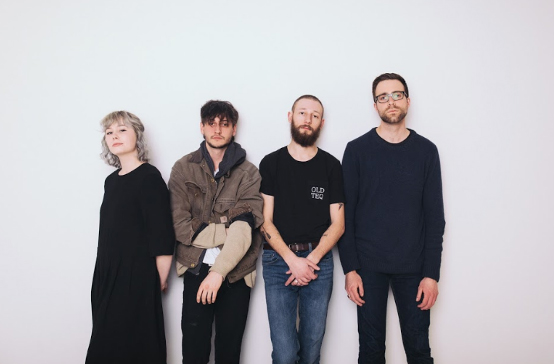 Vocalist/guitarist, Callie Marino, shares: “In the spring of last year we had plans to record a full-band EP. Once the pandemic hit it was clear that wasn’t going to be an option, so Wilson and I recorded ‘Precursor’, a largely stripped down EP. ‘4/9’ was the opening track on that record and was pieced together through voice memos I recorded on my iPhone and instrumentation Wilson recorded at home. Tracks were sent back and forth and ideas shared as the song began to come together. The rest of the band wanted to expand on the song – once we started practicing again, a new version came together. That is the version we are releasing now. We’re very proud of the place this track has come to.”

Dad Bod is a Minneapolis-based indie rock band known for their raw and haunting sound. Their dreamy lullabies & guitar distortion have quickly made them a band to watch. Dad Bod started as Callie Marino’s bedroom project, but in November of 2019 the full band formed with Marino as the frontperson, lead guitarist Wilson Zellar, guitarist Noah Topliff, and drummer Alex Gray. In just over a year, Dad Bod released two singles and one EP which have been lauded by fans and critics alike – leading to features in influential music publications such as Wild Honey Pie and Atwood Magazine.