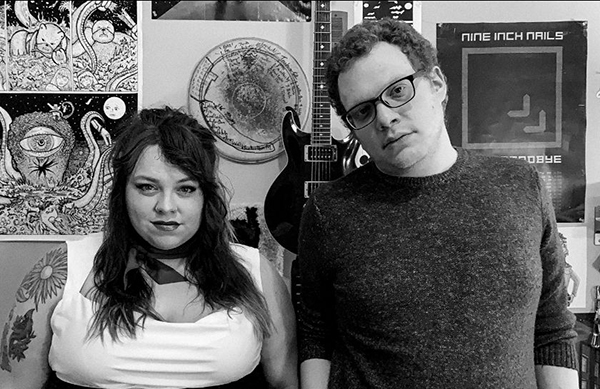 “Attempting to reflect so many varied influences and themes within the framework of electronic music has been an incredibly gratifying and imaginative writing task,” says Walker. “We are thrilled to share DIGITAL BONFIRE and hope that listeners find something within this record that they connect with.“

Influenced by musicians like Trent Reznor, Sylvan Esso, and Flying Lotus, the album ranges from dreamy and sweet with tracks like “Keepsake” and “Osage“, to punchy and playful on “Changes” and “Punchline“. The album draws from the helpless feelings of countless pandemic hours spent sitting on voice chats and video calls, while at the same time snarkily expressing the hopefulness found in the changing forms of communication within our closest relationships.

Beginning 2019 in West Philadelphia, DECOUPLR came to be when they realized that meshing Bailey Walker’s long history of live vocal performance with Adam Laub’s world of electronic music (and electronics in general) created a unique sound altogether. Their debut DIGITAL BONFIRE is an 11 track album that offers a fresh take on the digital world’s fusion with the physical.

Lyrically, Walker opens up about everything from nomadically moving around the country, to growing up with touring musicians, to the feelings of dread and anxiety we have in our everyday conversations. Musically, Laub pulls deep, live sampled hip hop drums, mellotron flutes, vintage synth pads and twinkly arpeggiators to create a palette of electronic sounds that range from hip hop to dance. The digital age is a tether that keeps people connected no matter where they are, and DIGITAL BONFIRE explores the ever increasing feelings of loneliness that are associated with this new connection. It embraces the oftentimes cold nature of electronic music as a framework to express the very real feelings we have surrounding the uncertainty of our modern world.