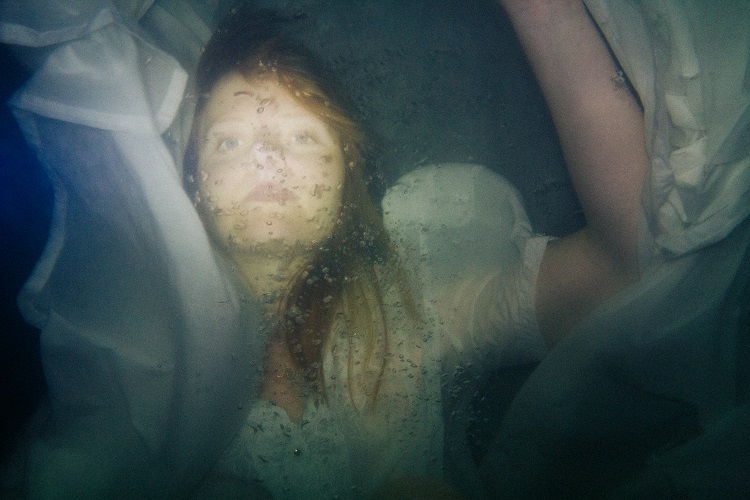 GEONNE HARTMAN – An Interview with the artist

Even if they look so distant, water, life, and feelings are invisible but paramount parts of every human being. What interests this artist is everyday life. Breakups, sufferings, happiness, memories. But, how does this Dutch artist turn nonsense and frivolous elements of our life into something so fascinating? In this regard, we have enquired Géonne about it.

Hi Géonne, welcome to Femme Metal Webzine. How are you? And how is this period treating you?

I’m fine, thank you. I’m great. Some days ago, I released my debut album with a release show at the EKKO in Utrecht. I’m realizing now what has happened. I received messages of appreciation from people who were there present. I’m happy about that. Indeed, I’m busy performing these days. It’s always nice to remember what is a live performance with an audience. Not only online but in a physical context too.

I want to go back to the origins and know when everything began. When and how did your musical adventure start?

Well, it started early, around when I was nine years old. I was always singing. And since I have a twin brother, we continued to practice as a duo. Then, in that period, I began to study violin. Then, around the age of 12, I bought a guitar with the intent to write my songs. By the age of 17, I joined het Conservatorium in Utrecht to study music. From an early age, I desired to study music. Then five years ago, I luckily managed to graduate, and now I’m here. But, it takes time to record an album, collect the money and structure its vision.

You mentioned two events: your graduation and the difficulty in collecting the right amount of money to record your debut. How challenging is it for a newcomer artist like you to be out there and get noticed?

Indeed, it is. And, you have to be resilient and motivated to reach this goal. For example, newcomers can find a label and find financial support. However, in my case, everything happened during the pandemic. Some record labels were sincerely interested in my material, they were unsure about signing a new artist due to the period. Then, I decided to go solo by setting up my team. As I said before, you have to want it, and I wanted to do it properly. I wanted a co-producer and artwork for the audience because I love to share my music with the listeners. I was already aware from the beginning that it would take time. Even though I don’t have a label, in some ways, I feel like I have a little one with my team.

When did you start to collect the first ideas for your debut, “He Went to the Sea”? And when did you realize that everything was heading on the right path?

It happened a couple of months before going to the studio with my producer Tessa Rose Jackson. I started to examine in detail the lyrics to obtain the correct order. And, I realized that a storyline was in there. The album is about heartbreak. First, we have these two people with which they share a relationship.

Indeed, the breakup happens in the album. You can feel its tense atmosphere, but won’t feel at ease while listening to it. Unfortunately, these two people depart, and they struggle hard to find their way. At a certain point, especially in the song “After a Fall” you can listen to the sky opening again and the sun shining back.

During the whole process, a few were missing. So, before hitting the studios, I added the songs “Landscape” and “Last Song” which respectively are the opening and the closing of the LP. It was interesting to conclude this process before heading to the studio.

Your answer has anticipated my next question, it is inherently the lyrical concept. Even though I find it sad, it has the double feature to be romantic. What I’ve noticed in your LP is that you are telling stories about people. A story of a bystander who walks in the street. An everyday story that has anything extraordinary. But, in your expert hands, it turns into something special. How do you do that?

Well, heartbreak, love, and living are very ordinary. Every person aims for love and to try to find themselves. I’m fascinated by how such small things can hold so much importance. For example, “Landscape” is about staring at the sunset and then thinking about the reason that makes me worthy of it. Even the music reflects all the details mentioned before. I intend to squeak every tiniest melody in a song. The attention that I dedicate to every detail makes it so special. For instance, when I’m in a relationship with someone, a boyfriend, or a friend, I like to discover their peculiarities. And, I hope that you can feel that also in the album.

You have already mentioned your co-producer Someone AKA Tessa Rose Jackson. How did this collaboration start? How was working with her in Amsterdam?

Before working with Tessa, I recorded an EP with Eelco Topper and Arriën Molema. I did with them just three songs, but I wanted to work with them on a full-length. Unfortunately, it didn’t happen due to their busy schedule. However, they recommended I search for a female singer/producer. After this advice, I immediately thought about Tessa. Since we share the same booking agent, I just asked for her number and proposed her the job. From the beginning, she was excited to work on my material. She envisioned how my demos could turn out into potential songs. All these events refilled me with much more energy than before. She’s inspiring as a person because she’s a hardworking one. She’s constantly working. She has a great focus and qualitatively uses her time. During this recording session, on some occasions, I felt unsure about something, she gave me more confidence and encouragement.

You know, there’s always the main takeaway for each lived experience. Out of the recording sessions with Someone, which is the main lesson you can take with you?

For example, now, I’m busily pre-recording my second LP. It’s just the initial phase, and I’m collecting some ideas in my bedroom. What I’ve learned from her is to have more confidence and boldness. In this regard, in the song “The Building” in which we featured a pair of walking shoes. Lastly, the other lesson is finding unconventional ways to create sounds and music.

You have released two singles, “Reflection” and “Since Then”. To which reflection do you refer to on the song?

Well, I’m talking about my reflection. Since the album is full of water sounds and references, I find water a universal image. But, while writing the songs, I was near a lake in Friesland. I remember seeing myself in the water. Then, suddenly, old memories of my past relationships keep flowing as in a continuum. Then, I started to take notes of everything. It felt like an explosion of emotions and memories.

Which are your plans and live appointments?

After these strings of dates in the major Dutch cities, my hope is to organize another tour during the upcoming year. This tour would feature some dates outside The Netherlands. I’m not sure about the last thing, however, my booking agency is very enthusiastic about my music, and they work hard for me. Then, I’m already working on my second album. If the debut was a long process, I want to be a little bit faster with the next one. It’s a challenge, but I want to try it.

Well, Géonne, this was my last question. I hope you did enjoy my interview. I wish you the best. Please be free to conclude our interview as you prefer.

Thank you for having me. I’ve read your website, and it’s an interesting one. So, I’m happy that I’ll be featured too. I hope the readers will enjoy my music as you did it.