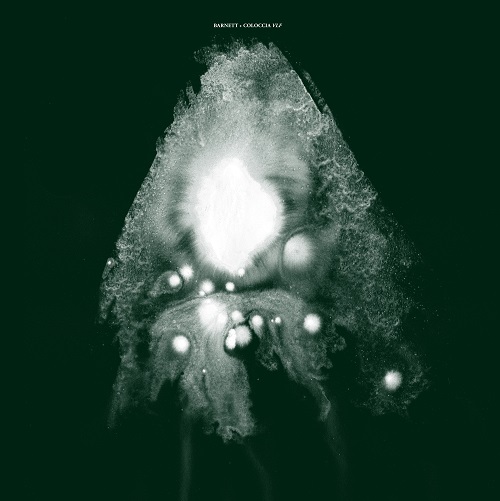 Combining sounds in a manner deemed pleasing to at least a few other people is an occupation with many pathways to success. Barnett+Coloccia take a less travelled route in bringing “VLF” to their audience. The duo collaborate in select creative meetings, if the recording for “VLF” is an indication, their time together is made for maximum quality in being rare and special occasions. Undoubtedly they both bring their peak skills and this time they record the album over three days in once-was-a-church called The Unknown in Anacortes. This album is a mash of noise. Taken apart what is the album would barely be called music: the industrial processing, ambient blankets of noise, siren like oohs, reducing beat of a bouncing basketball, garbled snippets of what seems like war era radio chatter, inconsistent television reception, background rumbles of machinery, or more intimate mechanical clicks. Together the noises form a soundtrack to the ominous next 60 minutes of life. Though an admittedly experimental-artwork “VLF” succeeds through repetive use of elements combined to become an alien like communication. In total there is more than a notion of science-fiction horror when listening through the tracks. It is an album best heard as the complete composition. Whether this is for you depends on many factors. It is far away from pop music, but not as far as “Revolution 9” was from the standard Beatles fare. Perhaps a Vangelis fan would be at peace with this sound moving through their ears. The pace and mood is alike the stereotypical moment from “2001: A Space Odyssey”. The element of science-horror is everpresent and is apparent in the album title. “VLF” stands for “Very Low Frequencies”, perhaps better interpreted here as Sub Darkness Explorations as “VLF” is not appropriate for transmission of voice audio. VLF is used for coded communications even through a medium like saltwater. Try out Barnett+Coloccia if you are inspired by the above, you never know where explorations like these will lead a willing mind.