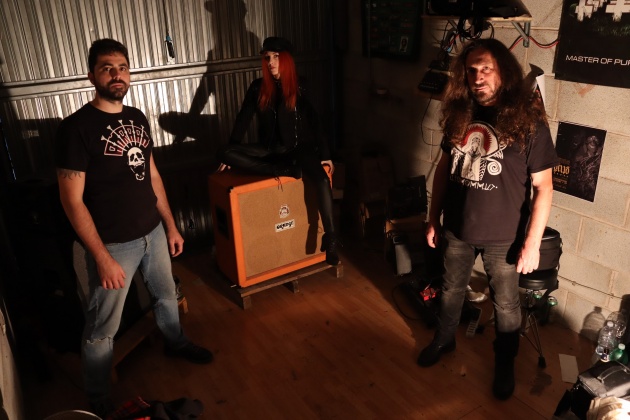 Debut Album coming in the Spring of 2021!

Rome- based Sludge heavy weights, IO, have announced their signing with powerhouse label Argonauta Records, who will release the band’s debut album in the Spring of 2021.

The trio’s music is basically inspired by the burning, volcanic and foggy lands of IO, the Jupiter’s moon; their long, slow, and heavy as fire compositions could be indeed characterized by a dense atmosphere of sulfur while lava flows turn into magma lakes. IO‘s hazy yet poundering sounds, pure fuzz and sludgy heaviness, is taking its listener on a cosmic trip into volcanic space dimensions.

IO, who was formed in 2015, shared several stages with acts alike Monkey3, OTUS and many more, until they gained the attention by one of Italy’s leading heavy music underground labels Argonauta Records.

“We are very excited to join forces with Argonauta Records for the release of our first full length album.” IO comments. “We are really proud of this volcanic doomed work, which took some time to be completed during this pandemic, and we just can’t wait to bring you this caliginous overflow, we expect all the muddy sounds’ lovers to ride it loudly!”

IO’s debut will be seeing the light of day in the Spring 2021, with many more details and album tunes to follow in the months ahead.