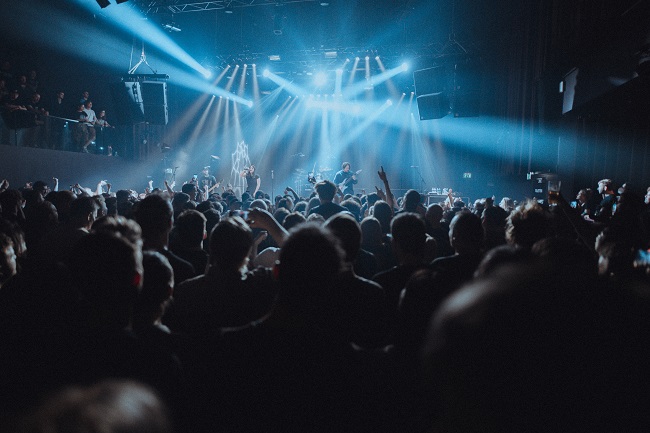 In the occasion of their first European tour, Canada’s best musical export Spiritbox touched land here in The Netherlands. I didn’t have any expectations. I was surprised by the outcome. First of all, their variegated musical proposal attracts a whole different bunch of types of fans.

However, which musical genre does Spiritbox plays? In truth, none. They are neither metal, pop, or entirely rock. It’s one of the main pros. Actually, their audience is quite variegated in age and origin which I didn’t expect such a young and mature audience at the same time.

In their hour and 15 minutes of the show, the band unleashed for its entirety their acclaimed debut “Eternal Blue”. And, some treats from the “Singles Collections” and the self-titled EP. Despite the short discography at their disposal, the band’s members are no strangers to the music business. Both singer Courtney LaPlante and Michael “Mike” Stringer are former members of the Shreveport metal-core band Iwrestledabearonce.

If I can tell you a little secret, I now appreciate Courtney‘s vocal peculiarities more than in Iwrestledabearonce. And this is related to how Spiritbox allows her the use her extensive vocal palette without limit. Indeed, her voice shines while she effectively switches between vocal styles (clear and screamo). And, everything without noticing any apparent difficulty or effort.

Concludingly, Courtney‘s performance deserves extra kudos. Despite the pain to her right sprained ankle, she kept going on as only professionals can do. If I have to be a nitpick, the only con of the show is the scarce availability the band’s merchandise. The reason for this issue is related to the high customs import fees. Let’s hope that next time, the rules will be a little more flexible.

Just a little post-scriptum. An heartfelt thank you to the official band’s photographer Cris Graemes to allowing us to use his photos.