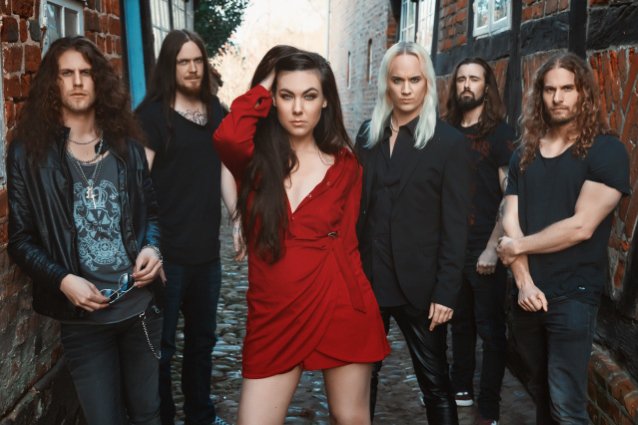 Sweden’s Amaranthe will be touring Europe with Sabaton and Apocalyptica in January and February 2020. Today the band has announced dates for headline shows in Austria, Switzerland, the Netherlands and Sweden.

Olof Mörck comments: “As they say – no rest for the wicked! We are super happy to announce that we will do a few and select headline shows during our tour with SABATON early 2020, where you can expect full-length massive AMARANTHEshows! While other bands take days off, AMARANTHE maximizes!!”

All dates and tickets for the above shows as well as the shows w/ Sabaton and Apocalyptica are available here.

Their latest video for “Helix” (directed by Patric Ullaeus) came out two weeks ago and already has more than 730,000 views. Watch the video below.

Amaranthe‘s electrifying fifth album HELIX was released in October 2018 on Spinefarm Records and saw the band introduce new singer Nils Molin, which was another leap forward in their sonic evolution. Since the album release Amaranthe has toured extensively, incl. European, Japanese and Russian headline shows, as support to Powerwolf and at major summer festivals all over Europe, incl. Nova Rock, Greenfield, Knotfest, Tons Of Rock, Masters Of Rock and Volt.

Amaranthe‘s videos have so far racked up 128 million YouTube views, their music has an average of 870,00 monthly listeners on Spotify, more than 100 million plays and 282,000 fans on Spotify, 250,000 fans on Youtube and 300,000 fans on facebook. They have landed at #1 on the U.S. Billboard Heatseekers Chart various times, and possess a panoply of gold and platinum discs for albums and singles alike.