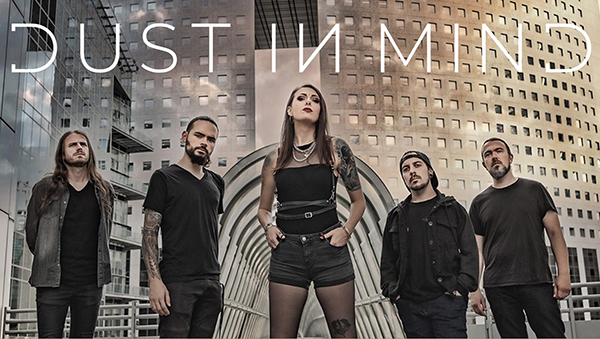 DUST IN MIND: new single out

DUST IN MIND – The one and only metal band to reach the Eiffel Tower!

The new single and video “Synapses” is taking you to a trip in the old Paris with its French touch atmosphere! Enjoy this new hymn which is also an homage to the French roots of the band. DUST IN MIND is the first metal band of the world which shoot a music video on France’s most famous monument, the Eiffel tower!

With over 10 million streams, the modern metal band DUST IN MIND from Strasbourg (France) creates a sound world filled with passion, fire and thunder! Their highly anticipated fourth album ‘CTRL’ is a wholehearted confirmation that the expansion of DUST IN MIND is redoubtable. By channeling their inner fury about the devastating global situation, the band succeeds to unveil a strong and sharp sound which cuts right through your emotions.

An album about courage, surrendering and the intimate process of learning about oneself whilst having to face the overwhelming pressure and torrents of feelings that seem uncontrollable and incomprehensible.

With the new Single “Synapses” we just started the preorder of the upcoming album “CTRL” which will be available on November 19th. as collector digipak, collector bundle and download!