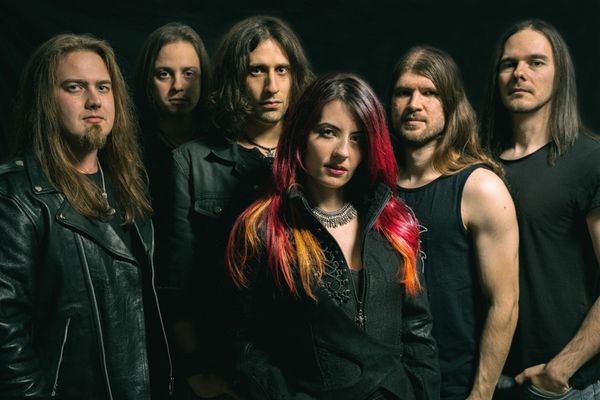 Hungary’s promising melodic metal formation ESPERFALL have released their debut album Origins In Darkness. The album presents the initial phase of the human soul’s journey as it forces itself to face its inner demons. As with every dark phase in our lives, this state is the starting point of a deep, spiritual journey and self-discovery. Every song is an echo of a major emotional issue vocalized with self-criticism, doubt and fear, fueled with anger and disbelief, oftentimes directed towards our society. These are the battles we have to face in our everyday lives.

This journey and process comes with the inevitable act of turning inward, diving deeper and deeper into our own souls, rediscovering ourselves and coping with part of ourselves we don’t want to pay attention to, or want to deny. The album is the invocation of every listener’s hidden emotional or mental answers to every question they were never brave enough to ask and everything they don’t want to think about.
To the person who undertakes this spiritual journey it feels like the dissection of soul.
Some diseases and disorders — physical or mental — are created, manifested by ourselves. This statement is the core message of the myriad of emotions the album is pondering upon

This song sounds more positive compared to the other tracks on the album, although it describes a rather hopeless situation. This is the moment in the protagonist’s life when everything collapses, there is nothing left to hold on to and she has lost what has been the most important to her so far. Nevertheless, the hope and the will to fight at all costs remain to create everything on her own. Until now everything has been an illusion.

This sums up the protagonist’s ars poetica. It is, as if the darkest moment brings enlightenment to her and she now clearly sees and faces her own mission. This makes this state special and the starting point of a very difficult but transformative journey, where we no longer have anything, but we know that in fact we ourselves are capable of creating everything we need.

Compared to the previously released music video (Retreat Into Dreamland) this song highlights another side of the band. The pace remains the same, however this song is much more on the melodic side and Nonee presents only clean vocals this time as opposed to the harsh vocals that can be found in the previous single. It’s a real power metal song from start to finish, so hopefully — but not only — oldschool Avantasia, Sonata Arctica and Stratovarius fans will like this one