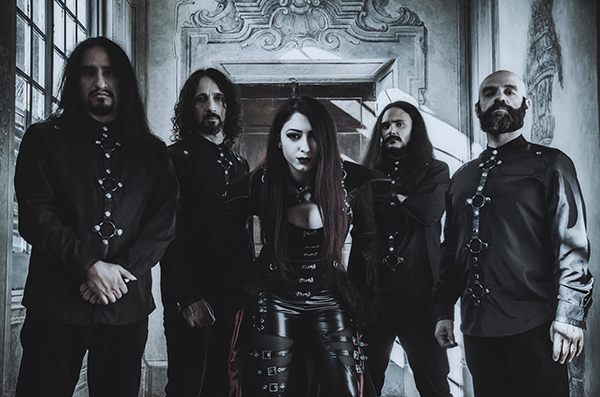 OUT NOW ON ALL DIGITAL PLATFORMSFULL PERFORMANCE AVAILABLE NOW ON YOUTUBE

Italian goth metallers False Memories are currently writing music for their next full-length studio album, but in the meantime, have released a new live EP, “Live Until The Twilight” on all digital music platforms. In addition to the audio of the performance, fans can watch the band’s full performance on YouTube HERE: https://youtu.be/-vnDzCN9Nto

This live EP follows the band’s covers EP, “Echoes Of A Reflection”, which was released in December 2021. Lacuna Coil, Paradise Lost, Katatonia, The Gathering, and All About Eve are all paid tribute on that EP. Those five artists perfectly encapsulate the blend of influences that False Memories reflects in their own sound. On the covers EP, False Memories offers personal interpretations and reinventions of these songs which have become true classics in their hearts.

Listen to that EP HERE: https://orcd.co/fmechoes

False Memories was originally formed in 2015 by guitarist Francesco Savino and soon started working on original material. In 2016, the band released a self-titled EP which included four original tracks and one cover. As time progressed, the band’s soundscapes got more mature and headed towards a more goth rock/metal sound. Invigorated by their new sound, the band started to work on its first full-length release, “Chimerical”. Originally released independently in January 2018, the album featured eight previously unreleased tracks and three of the original songs from the debut EP, for a total of 11 original songs. In October 2018, singer Rossella Moscatello joined the band and the band eventually released a new edition of the “Chimerical” album, including three bonus tracks sung by Rossella.