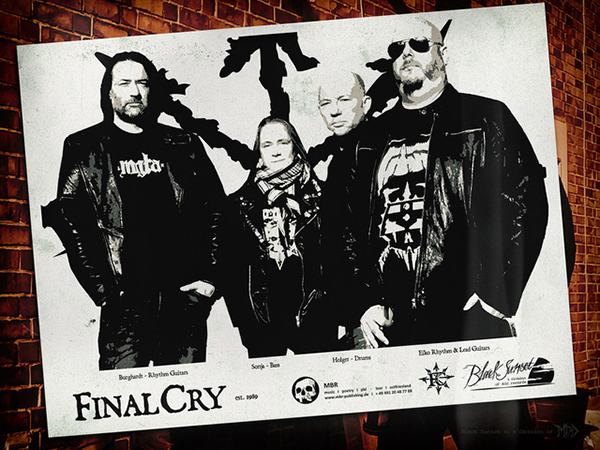 With their mountaineering epic “The Ever-Rest“, the Lower Saxons from Final Cry are preparing to release an absolute highlight of their musical output to date.

The album contains 10 tracks of atmospheric-melodic and at the same time deadly-freezing thrash/death metal, which builds a bridge between the classic thrash of the 80s and the gloomy Scandinavian styles of the 90s and portrays this mixture in a contemporary guise.

The exceptional concept of the longplayer, is rounded off by a 20-page storybook that tells the real-life stories underlying each individual song.

“The Ever-Rest” will be released on March 18th via MDD as a CD in a jewel case and as a nobly designed DigiPak, which will be a strictly limited part of a box set. The album will also be released on vinyl.

For some backing vocals and choirs, which selectively support the epic depth of the theme and serve as points of contrast in the hard-hitting arrangements, Herbie Langhans (AVANTASIA a.o.) and Børd Wäsche (EYE SEE BLACK a.o.) could be won.

“The Ever-Rest” was recorded, mixed and mastered at Soundlodge under the wing of Jörg Uken (a.o God Dethroned, Dew Scented), who gave the production a razor-sharp and neck-breaking sound.

You can find a first glimpse of the cover artwork and the first teaser of the album enclosed!