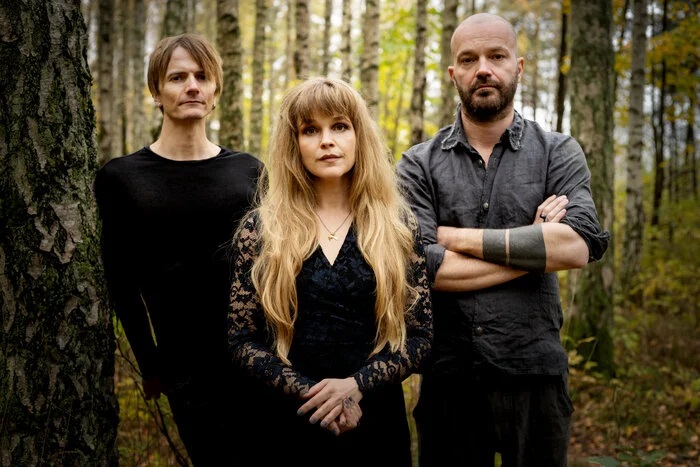 Norwegian Folk Rockers Gåte release their new music video “Hemnarsverdet”. Hemnarsverdet is an old Norwegian folk tale hailing from the region of Telemark. It is a story about a personal vendetta, blood revenge and the fatal consequences of these motifs. Watch the music video HERE!

A stranger arrives at a gathering of people with a serious errand.
He’s looking for the man who took the life of his father. While he’s faced with his father’s murderer ,the stranger begs his sword for aid in his lethal mission. Then, The sword answers that it has need to forge and get much stronger first. When , the stranger swings the sword and kills – not only the murderer, but also all the others present including an infant.
Making the stranger beg the sword to stop in the name of God. The sword stops and says that if he had not mentioned God’s name, the stranger himself would have been killed.

The fact that the sword seemingly acts of its own free will and kills relentlessly, is a telling expression of how much damage blood revenge could cause, and that only the word of God has the power to put an end to this savagery.

Gåtes song is based on a written version of this tale from 1853.

In the video the stranger seeking revenge has a black dress, while the murderer has a white one. Soon a battle commences between the two men, starting off with Halling, a traditional Norwegian folk dance, before they fight to death.

Though the deadly outcome of the dance may seem far away in this day and age, the reality was quite different back when Hemnarsverdet was sung far and wide.

In fact, in the 18th century more than 50 killings were recorded as a result of battels between Halling dancers. Which may also explain why some of the songs from this era also depicts Halling and Halling music as sinful and dangerous activities, where you were likely to be lured into sinful actions or alliances with the Devil.

With “Til Nord”, Gåte deliver an emotive and epic collection of tracks, revisiting some of their own classics and adding a new track as a taste of great things to come. They are delving even deeper into the musical past of their country, with a contemporary approach.

Listen to the EP in its entirety here: https://orcd.co/tilnord