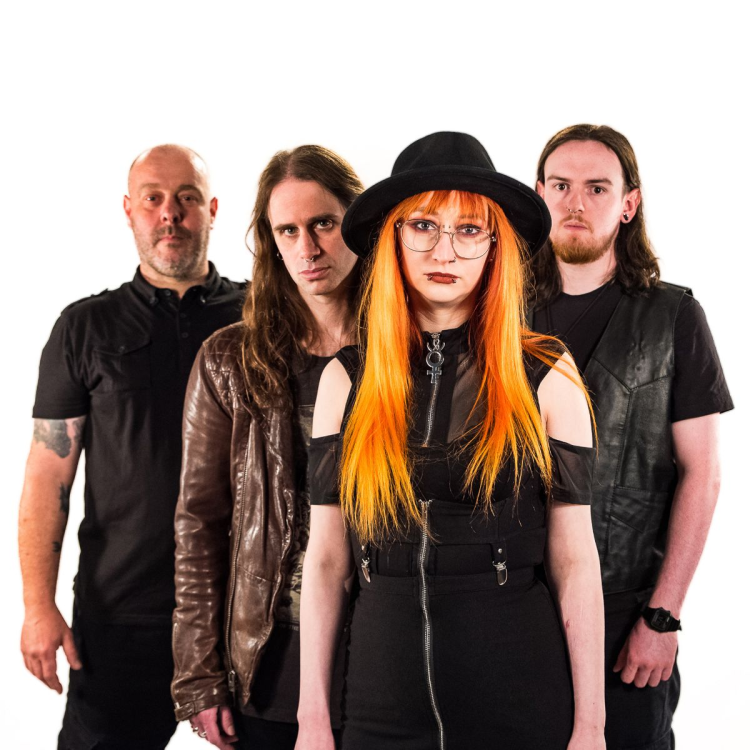 GOSPELHEIM have signed a multi-album deal with Prophecy Productions. The heavy British dark rock four-piece will release their debut full-length via the label.

GOSPELHEIM comment: “We are proud to announce that we have signed with Prophecy Productions”, singer and guitarist Ricardo writes. “We are thrilled to be working with a label that understands our sound and vision and we are very much looking forward to sharing our gospels with each and everyone of you!”

GOSPELHEIM are an occult dark rock band formed by singer and guitarist Ricardo and bass-player and vocalist Coco in Manchester in 2020 amidst the wake of the world coming to a standstill. The core duo was inspired by the morality of the human condition, silent era horror movies, and the transformations of concepts of good and evil.

Incorporating elements of black and post-metal, GOSPELHEIM thrive on thought-provoking lyrics and disturbing sounds. The line-up was completed with the addition of a second guitarist and a drummer: Jordan and Rob.

In early November 2020, GOSPELHEIM recorded their debut album “Ritual and Repetition” at No Studio in Manchester with Joe “Doctor” Clayton. A video single of the track ‘Into Smithereens’ was filmed by Forshaw Media. The clip was well received by critics and fans alike. Despite adverse circumstances, the band managed to perform a first live show at Factory 251 in Manchester in September 2021.

Currently, GOSPELHEIM are preparing for the release of their first album via the label.