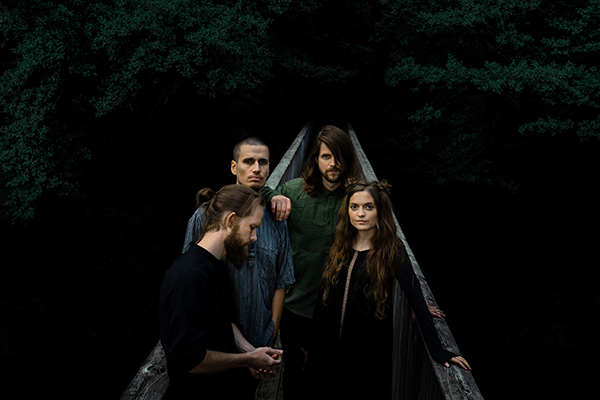 Heavily inspired by Norse culture and mythology, Kingdom Two Crowns: Norse Lands is a full new campaign that expands the world of Kingdom Two Crowns with a brand-new setting and unique challenges. In Norse Lands, players can not only establish a kingdom, defend it, explore the world, and conquer but also unleash abilities drawn upon from Norse gods. To face a new and powerful enemy, players must solve challenging puzzles, build Viking-inspired armaments and command mighty Norse-units.

Developed by Stumpy 🐙 Squid and Fury Studios, published by Raw Fury, Kingdom Two Crowns: Norse Lands will be available on November 16th on all platforms.

Kalandra comment: “Finally we can announce what we’ve been busy working on for the past 6 months! On the 16th of November, the game Kingdom Two Crowns: Norse Lands will be released with an original soundtrack by Kalandra. We’ve long been interested in taking on a project like this, and we were intrigued by the possibility to expand our musical horizons. This has been an immensely fun project to be a part of, and we’ve embraced all the challenges that came with trying to fit our own sound into a game series with an already solid fanbase and existing mythos. We hope both new and old players will enjoy our contribution as much as we’ve enjoying making them. The 15th of November we release the first single for the game ‘My Kingdom’”