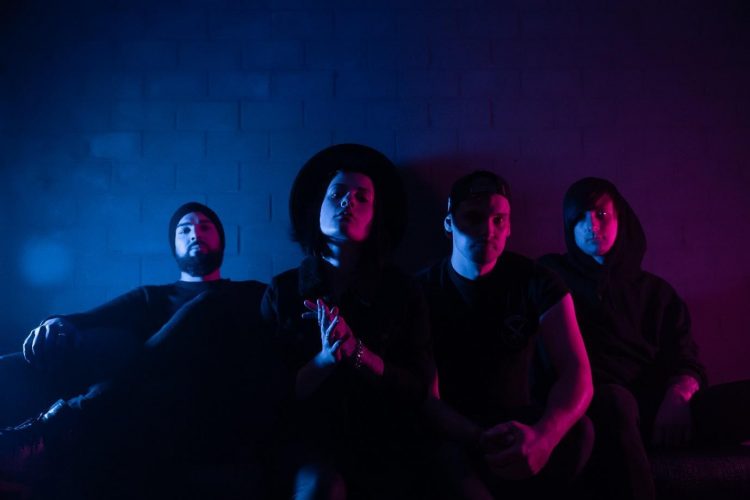 New Album, Nightfall, incl. Guests from Caliban, Annisokay & No Bragging Rights, out this Friday via Napalm Records| Save Your Copy NOW!

Before dropping their second album and label debut, Nightfall, this Friday, German metalcore powerhouse SETYØURSAILS keeps the anticipation high by unveiling the album’s exciting title track today. For this massive sonic experience, the fast-rising act teamed up with Andy Doerner, singer of metalcore veterans Caliban, to deliver THE hard-as-nails kickstart to 2022. The third single comes with a spectacular music video shot within the impressive locale of Brandis Castle near Leipzig, Germany.

“Nightfall” showcases the full straightforward range of Jules Mitch’s vocals, which oscillate between concise and clear, intense screams and expressive growling – all perfectly underlined by the powerful growls of Andy Doerner. With raging drums, heavy guitars and hard-hitting breakdowns, this hefty outburst will heat up the anticipation even more for the unit’s new offering!

SETYØURSAILS about “Nightfall”:
“We are overjoyed to present our third single release with our esteemed colleague Andy Doerner (Caliban). We deliberately named it the same as the album, as it is the centerpiece of the record. ‘Nightfall’ is about the contradiction of being trapped in the darkness and being scared, but at the same time, worshipping the darkness. The crucial sentence that makes this clear is ‘they say the nightfall brings fear, but it’s the sun I can’t stand’. Which means ‘I struggle with my depression, but I’m also drawn to it because the darkness is familiar and makes me feel safe.’ Also, the sun in this case is symbolic of coming to terms with the illness and that it is easier to sink into it rather than fight it. Again, a very personal text that looks deep into Jules’ daily struggle. We very much hope that some people will find themselves in it – and can identify with it, so that they can draw an important message from it: You are not alone!”

Andy Doerner (Caliban) adds:
“Since I’ve known SETYØURSAILS, I have become a big fan. They’re one of my favorite up-and-coming bands from Germany. ‘Nightfall’ is a monster of a bouncer and the chorus really blew me away. I love Jules voice and I’m happy to be a part of it! Give it a spin.”

SETYØURSAILS on the video:
“We had a super nice day at Brandis Castle near Leipzig (Germany). We had the whole building to ourselves and took advantage of as much of it as we could. It was especially great working with Andy from Caliban. He is a great artist and one of the nicest people we have ever had the pleasure to meet. It was all very relaxed and just a lot of fun. To see a well-known and established artist perform your own song with such passion was just great. We are incredibly grateful for all the great people who work with us. At this point we would like to say a big thank you to our videographer Peter Leukhardt.”