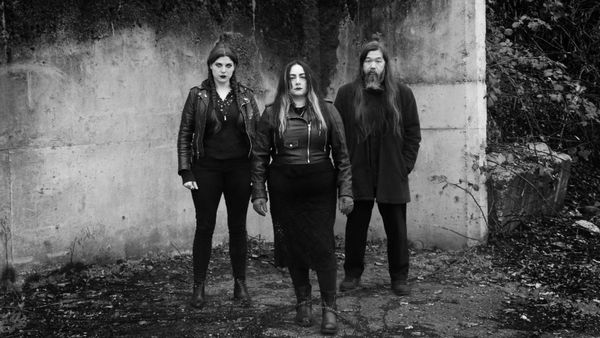 TO END IT ALL: Spring shows announced

TO END IT ALL: Avant-Garde/Death Industrial Outfit Announces Spring Shows

Avant-garde/death industrial outfit TO END IT ALL will return to the stage this Spring. The rituals begin with a special show supporting Author & Punisher March 8th in Seattle before the band embarks on several shows spread throughout the month of April.

The journey, which features a special cassette release show celebrating TO END IT ALL’s Live At Teatro De La Psychomachia / Strength Is Nothing (ft. Zvi), a partial soundtrack for Andrei Tarkovsky’s Stalker, includes performances in Olympia, Seattle, Tacoma, Eugene, Oakland, Sacramento, and Portland, with more to be announced in the months to come.

The band will be joined by Butoh dancer Vanessa Skantze. See all confirmed dates below.

TO END IT ALL:

Since the fall of 2016, long-time collaborators sound artist Masaaki Masao and vocalist and multi-instrumentalist Joy Von Spain have created new work as TO END IT ALL.

In 2021, the duo became a three-piece with the addition of guitarist and vocalist Anne K. O’Neill (Serpentent) to the live group. The trio has appeared at the Peace Simulation pop-up and at Teatro De La Psychomachia in Seattle.

TO END IT ALL frequently collaborates with Butoh dance artist Vanessa Skantze, as well as with ritual visual artist Anima Nocturna, and film maker Joseph Seuferling to create an immersive live experience with movement, lighting, or video projections.

During the pandemic lockdowns of 2020, TO END IT ALL released a single from “Strength Is Nothing” for a planned upcoming release.

This longer work was composed with Zvi (Ron Varod) to accompany part of Tarkovsky’s masterpiece film, Stalker. German label Prophecy’s luxus edition of Eye Of Nix’s Ligeia (2020) features a cover by TO END IT ALL of the track “Stranded”.

In 2018, TO END IT ALL released their full-length Scourge Of Woman on LP as a duo through Scry Recordings. The album’s death industrial, dark ambient, melodic, and noise collage structures received accolades within the post-industrial and experimental music world and press. Scourge… features photography by Anima Nocturna in collaboration with Joy Von Spain.

TO END IT ALL previously released a demo tape and a tour tape in 2017.

In addition to touring the US West Coast and rustbelt, TO END IT ALL has appeared at Covenant Fest (BC), Litha Cascadia Solstice, and the Cascadian Yule gathering, as well as at many other interesting and unusual shows in Seattle.