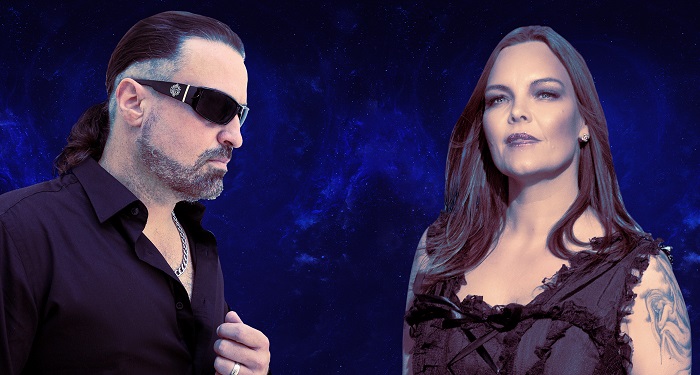 Russell Allen and Anette Olzon have lent their voices to a wide variety of projects during their careers. With “Army of Dreamers“ they follow-up their first collaboration, “Worlds Apart“. Throughout the new album there are no surprises with accomplished performances by all involved. All vocals and instruments have a clean sound, and the musical approach is straightforward, which is more than similar to the prior album. Overall, there is classic rock supergroup feel to the Allen Olzon project.

The title track, “Army of Dreamers”, and “All Alone” have music videos. The lead-in for “Army of Dreamers” is reminiscent of “The Final Countdown” by Europe, while the intro for “All Alone” evokes “Don’t Stop Believing” by Journey. As mentioned above the classic rock tone of the entire album would fit well into the era of bands like Journey, Asia, Europe, and so on. There are cinematic moments and other unique elements within the tracks, but most songs tend toward a uniform wall of sound. Tripping a listener are occasionally awkward lyrics and abrupt musical changes – almost as if all the musicians worked in isolation and seams of the merged whole are exposed. It gives the album a dispassionate or clinical sound, as if the music was constructed by formula – everything aims to be good but never achieves great.

Would I buy the album – without question, yes. However, I would do so being a fan of the artists and the genre in which they perform. Without my personal drives there is insufficient contrast within the music and no standout songwriting to recommend it to the general listener. While the album evokes the spirit of classic rock, “Army of Dreamers” is unlikely to be memorable. What we do have is a polished set of average to good songs by a set of talented artists.